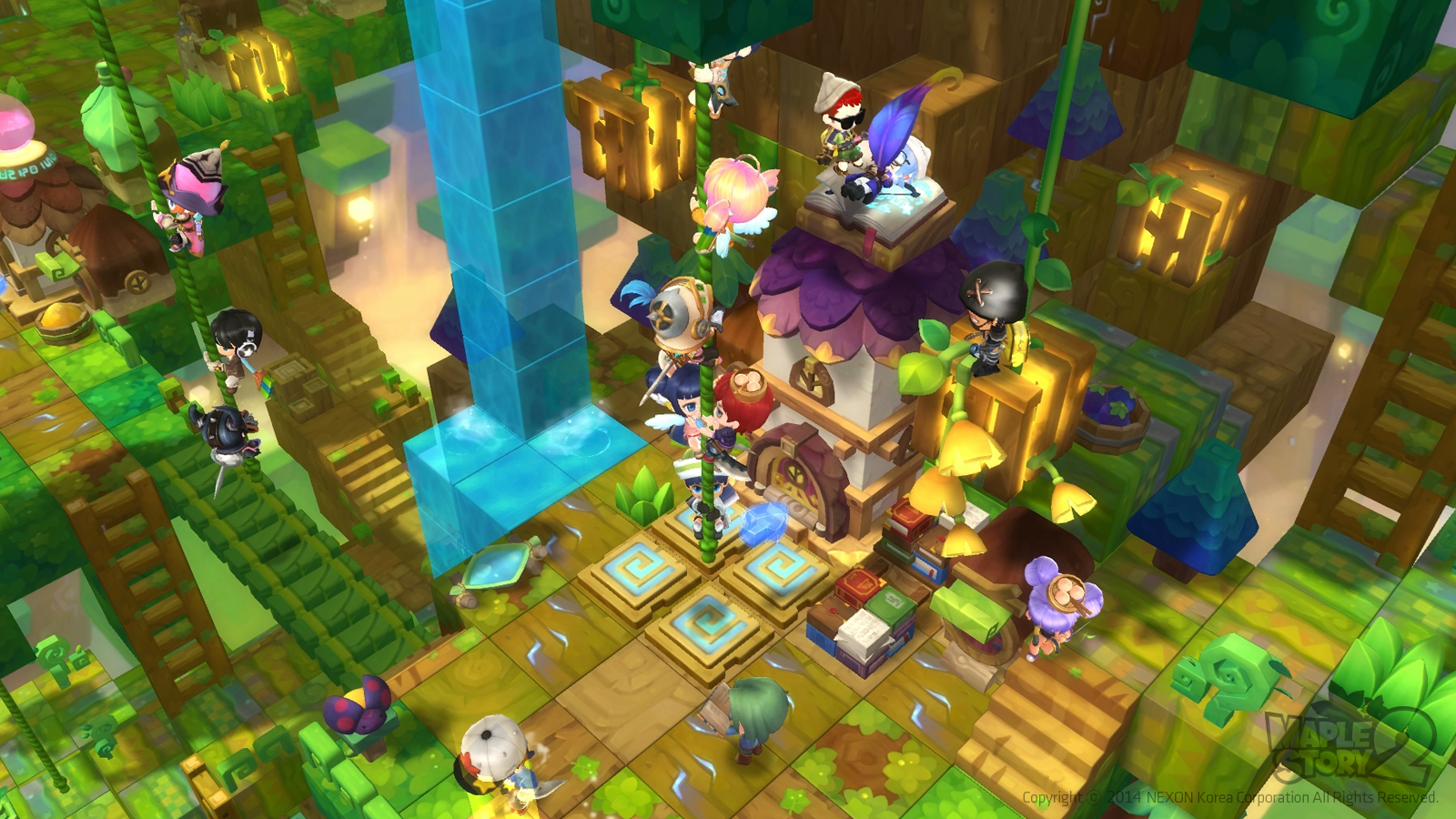 Maplestory 2 is the upcoming 3D sequel to Nexon’s hugely successful 2D MMO, Maplestory. Set before the original, Maplestory 2 offers players a fresh take on an old favorite with a cute, blocky graphic style that manages to capture some of the original MMO’s charm, while switching between isometric and the classic 2D view.

Using this new art-style, Maplestory 2 gives players the opportunity to explore a multitude of colorful environments, with plenty of chances to discover hidden areas and special events. Environemnts are somewhat destructible, with players able to cut down trees and knock over blocks. They may even use objects from the environment in combat. Speaking of combat, Maplestory 2 retains the original’s fast paced gameplay, with characters chaining together multiple abilities for great effect. Boss battles take up large areas of a map, which often times result in the boss destroying huge portions of their blocky surroundings.

Outside of combat, players can participate in a myriad of mini-games, including some built by other players. Using the in-game editor, players can even build special dungeons complete with a variety of monsters, traps, and triggered events to overcome.

Maplestory 2 features non-instanced housing, with players able to build their own houses block by block, while decorating it’s interior with special items. These items can range from chests to keep your extra gear, to mannequins which you can dress up with your favorite costume sets. Doing so gives players the ability to swap between these costumes while on the go.

1 comment Categories: News Tags: MapleStory 2
← 7 Things You Should Do in FFXIV Before Heavensward Drops
ESO Console Versions to be Released in June →