So what are the main grievances that exist within The Elder Scrolls Online? Obviously at launch, the game was laden with bugs and glitches. There were insufferably long loading times, in and out of battles and multiple crashes. There were even broken quests and duping glitches. But generally, ZeniMax Studios couldn’t make their version of the world of Tamriel live up to the name that Bethesda established for the franchise.

The title was laden with cash grabs. Horses were extremely expensive if purchased with in-game money. Therefore, it appeared to be a ploy for players. Rather than doubling the amount of time it takes to wander around this world on foot, gamers would be enticed to purchase a horse rather than grind away for hours to pay for one. 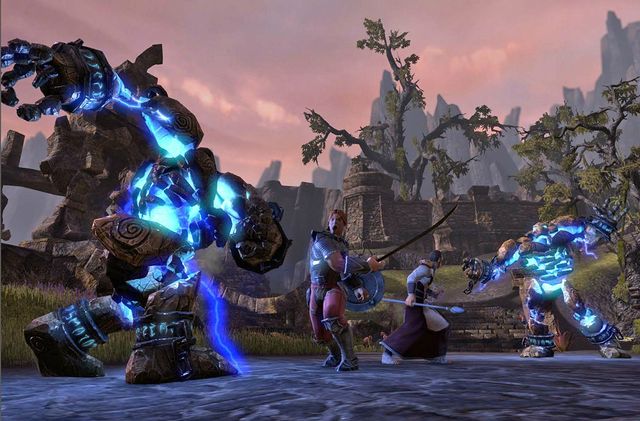 Now, this being said. Over a year, we’ve seen ZeniMax alter their stance on ESO. A lot of these issues have been fixed. With the game going free to play, 15 dollars a month can be saved for content within the world, or, you know, another game! The title will naturally retain this format for the PS4 and Xbox One. So now that Elder Scrolls Online doesn’t seem to be grabbing for your money, could we see a fairer title arrive on Current Gen consoles?

Grouping is still a serious issue in ESO, though granted their have been improvements over the years. Realistically, we should be able to receive a relatively glitch-free world on the Xbox One and PS4. But if you’re looking for the ultimate MMO that you can play with friends, Elder Scrolls Online is still not that game.

That being said, for those that haven’t played the MMO, there is certainly some worth in trying it out. A decent story, some great music, hours of quests (though a lot of them can be pretty boring). But in long term…I really can see this game fading away very slowly. What about you guys? Do you like ESO? What problems would you like to see fixed on Xbox One and PS4 and will you be picking it up a second time? Let us know in the comments!